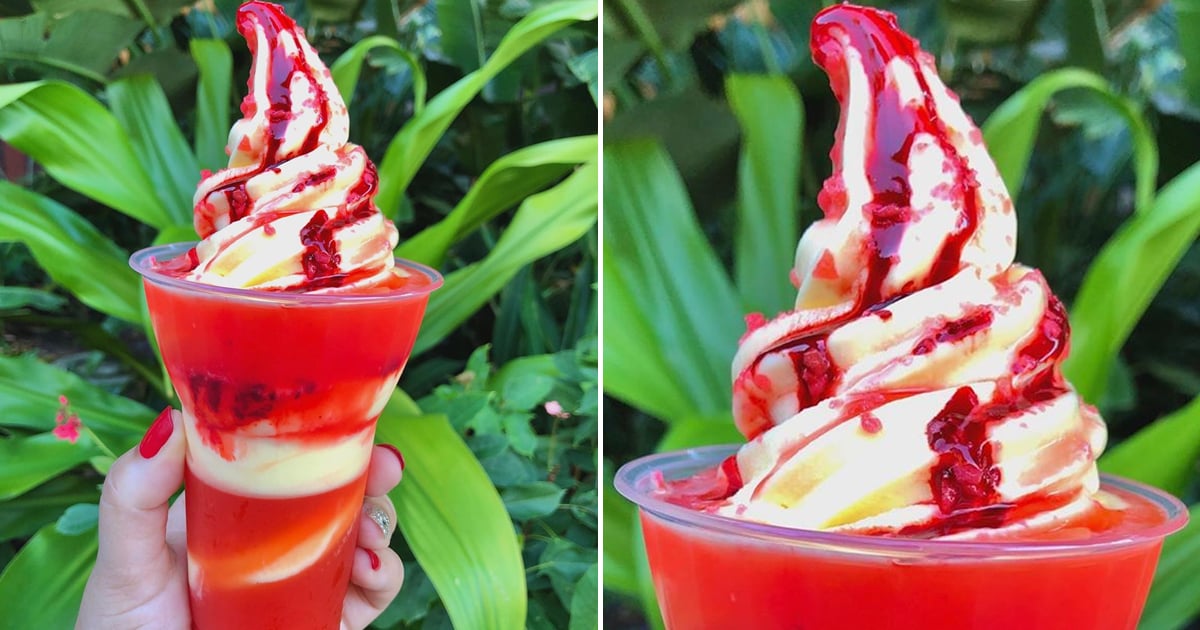 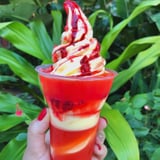 It's only February and Walt Disney World already has me craving a lax Summer vacation on the beach with its new Polynesian I Lava You Dole Whip Float. The fruity float is made with pineapple Dole Whip soft-serve, passion fruit juice, orange juice, and guava juice and topped with sizzling popping candy, according to Disney Food Blog. The nonalcoholic version is only $6, but you can also order the float with a side of coconut rum for $15 if you're looking for a splash of something extra. Is anyone else tempted to bring a metal straw with them for just this occasion and sip away at the float like you're on a tropical vacation?

While similar in appearance, the Polynesian Lava You float is different than the Sunshine Tree Terrace's I Lava You Float at Walt Disney World, which is made from strawberry Fanta soda, orange Dole Whip, and strawberry and red passion fruit syrup, and is topped with strawberry Pop Rocks. So be sure to wing by the Pineapple Lanai at Walt Disney World's Polynesian Resort if you want to try the fruity Dole Whip float for yourself.